Without radical changes to the global human diet, the children of today will inherit a severely degraded planet, with a large part of the population suffering more and more from malnutrition and avoidable diseases. This is the warning issued by scientists in the report entitled Food in the Anthropocene: the EAT-Lancet Commission on healthy diets from sustainable food systems, published in the scientific newspaper The Lancet regarding the urgency in adopting a model of diet that promotes health not only of the population but also of the planet – such as the Planetary Health Diet, proposed in the report.

With this concern, researchers from the USP School of Public Health (FSP) developed the Planetary Health Diet Index, capable of assessing the adhesion of a population to the recommendations of this diet. The data show that the higher the total score of the index is, the lower the Greenhouse Gas Emissions (GEEs) generated in the production of the food consumed and the higher the nutritional quality of the diet. The analyses also verified that the highest scores consisted of diets more based on vegetables (fruits, greens, whole grains, and beans) than animal and ultra-processed foods, which are rich in fats and sugars.

The index may be an instrument to assess diets and monitor the adhesion to the healthy dietary recommendations and the overall quality of a population’s diet. Moreover, the tool allows identifying which food groups merit greater attention of authorities to propose consumption reduction measures, as is the case of red meat, indicated by the researchers. It is a collective analysis method, within the population scope, that may be applied in a research nature in different sociocultural contexts to assess the diet of a specific group, not for individual application in an office, for example. “It may also be a way to test if such dietary recommendations have a health protection effect”, states Leandro Cacau to the Jornal da USP.

The study is part of the doctoral project in Public Health Nutrition by researcher Leandro Cacau, advised by professor Dirce Maria Lobo Marchioni of the FSP Department of Nutrition and supported by the São Paulo Research Foundation (FAPESP). The research was conducted with participants in the Brazilian Longitudinal Study of Adult Health (Elsa-Brazil) and had the collaboration of researchers from the USP Group for Epidemiological Studies and Innovation in Food and Health (GEIAS), Elsa-Brazil, and the University of Zaragoza, in Spain. The article was published this month in journal Nutrients.

“In the diet model of the report by EAT-Lancet, there is still the possibility of consuming animal foods, albeit in small amounts, to thus contribute with low environmental impacts. In other words, both the index and the report focus on a diversified diet capable of reducing environmental impacts and promoting health to the population”.

The researcher explains that it is no longer possible to talk about healthy diets without taking into consideration the sustainability agenda. The Planetary Health Diet of the EAT-Lancet report presents a model to combat the habits that render the production system insufficient to guarantee proper nutrition to the 10 billion people estimated in 2050, directed towards alternatives with lower environmental impact and the conscious use of the production.

The index developed by the researcher was tested on 14779 Brazilians, employees of public teaching and research institutions and Elsa-Brazil participants, a longitudinal and multicentric study, i.e., that monitors people from several Brazilian states over the years. The application was on data collected from 2008 to 2010, the first data collection by Elsa-Brazil.

How does the index work?

Based on the recommendations of the diet proposed in the report by EAT-Lancet, the index is composed of 16 food groups, such as, for example, the red meat group, which includes beef, lamb, and pork, and the fruit group, which integrates the fruits consumed. The researcher explains that the individuals receive a gradual score in each one of them; at the end, the score may vary from 0 to 150 points. Thus, the higher the total score is, the healthier and more sustainable the diet.

As for the score, according to the scientist, several validation and reliability analyses were employed. Among them is the analysis that relates the groups with the GEEs, one of the leading causes of climate change and global warming. Hence, the amount of emission of this pollutant in the production of each of the foods consumed by the participants was estimated.

“The study has been taking place since mid-2019, and over 15 proposals for the index were devised until obtaining one that best capture the adhesion to a healthy and sustainable diet”, states the researcher.

The results showed that the higher the score is, the lower the GEEs and the better the quality of the diet, which is generally characterized by a more considerable consumption of fruits, vegetables, whole grains, and legumes and a lower consumption of fatty and sweetened foods such as the ultra-processed.

“We verified that the participants with the highest scores had lower consumption of foods that are sources of animal protein (such as, for example, meat, chicken, and dairy), cholesterol, total fat, saturated fat, and sodium. In turn, those with the highest scores according to the index consumed more fibers, vegetable proteins (such as beans, lentils, and nuts), and antioxidant micronutrients such as zinc, magnesium, and vitamin E”, he states. 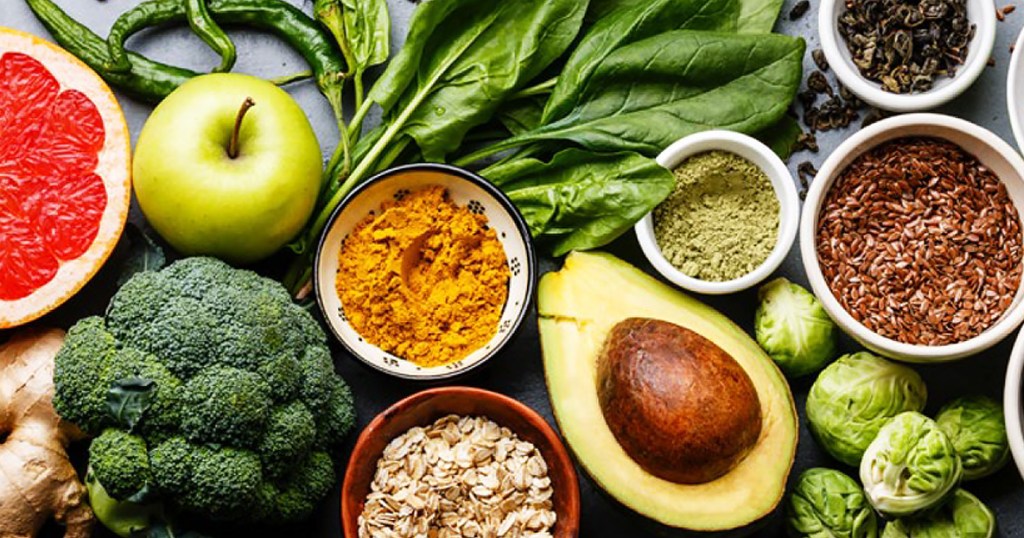 But this does not mean that vegetarian and vegan diets are the only option. Leandro explains that in the diet model of the report by EAT-Lancet, there is still the possibility of consuming animal foods, albeit in small amounts, to thus contribute with low environmental impacts. “In other words, both the index and the report focus on a diversified diet capable of reducing environmental impacts and promoting health to the population”, he clarifies.

He also highlights that senior citizens have higher adhesion to a healthy and sustainable diet, as well as people who do not smoke and practice physical activities, which was already expected due to the characteristic of such groups, which are more concerned with food.

Despite having used a sample of the Brazilian population, the tool may be applied in other countries, and this is the next step for the author. Leandro Cacau will assess if the index also identifies adhesion to healthy and sustainable diets for over 3 thousand adolescents from Europe and if the adolescents with the highest scores according to the index have a lower risk of cardiovascular diseases.

According to the researcher, since the preliminary results with the Elsa-Brazil participants indicated that those with the highest scores according to the index have lower blood pressure and are less likely to be overweight, the authors will also assess if they additionally present lower values for lipid profile and insulin resistance and lower risk of atherosclerosis, important risk factors for cardiovascular diseases.